With the high school football season still officially a couple of months away, hard-core players throughout the state put their skills on the line in 7 on 7 passing competitions during the summer months.

The Wasatch High School football program, under the direction of head coach Steve Coburn, hosted its annual passing tournament dubbed the Wasatch Mountain Air 7 v 7 and Lineman Challenge, last weekend, and once again the event was a tremendous success.

“We filled it up again this year,” Coburn said. “It’s not only a great skills evaluation contest, but a great fundraising event for us. It’s a lot of fun and we enjoy putting it on. Coaches who come up with their teams always want to come back. They love the facility and they love the outstanding competition.”

One team that has really grown to love the Wasatch tournament is Pleasant Grove High School.

For the third time in the four years of the event’s history, the Vikings walked away with the championship. The only time they didn’t win it — the second year in 2014, they lost in the final to Sky View.

“We love coming up here to Wasatch,” said winning coach Mark Wootten, who is in his first year at the helm at Pleasant Grove. “Steve puts on a great event. It’s organized. The teams are tough and the lunch is the best. We’ll be back again next year.”

Wootton was referring to the lunch buffet offered to all the coaches. Again this year it was smoked brisket and beans prepared by Wasp assistant coach Mark Vargas. It has become a tournament staple.

“When BYU announced that they would not be having their seven on seven this summer, our phone really started ringing,” Coburn added. “We had to turn away teams. We already had commitments that were filling us up.”

Even though in past years Wasatch held its competition on a different weekend than the tremendously popular BYU event, Coburn and his staff have never found it difficult to get the teams to come.

“We’re not too big,” he explained. “Our facility has the perfect amount of fields all over the campus, in addition to our stadium, that we can use. I think coaches like that.”

As far as the competition for the host team, the future looks bright for the program.

The JV team advanced to the final game on Friday night only to lose on a last-minute touchdown to American Fork.

A promising group, consisting mostly of sophomores, lit up the scoreboard in several contests and showed some skills in the defensive backfield and linebacking corps.

The Cavemen, however, matched the intensity of the young Wasps and outlasted them in the final game under the lights.

On the following Saturday morning, it was time for 16 varsity teams to put the ball in the air and flex their muscles in events such as the boulder carry.

The Wasatch linemen, a young and inexperienced group, definitely felt the loss of a dozen graduating players in the trenches. The Wasps put their 2015 Lineman Challenge championship on the line and fought hard but ended up finishing in fifth place.

Pleasant Grove won the contest of the big fellas.

Despite failing to defend their title, several underclassmen excelled for the black and gold, according to offensive line coach Derik Bringhurst.

Across the grounds, several teams were working on their passing attacks, working their way toward the finals, which would take place in the late afternoon in Wright-Tree Stadium.

The host team, however, was not one of them. The Wasps suffered a tough loss in the first round of the playoffs and were forced to watch the others compete on their home turf.

Jordan, West Jordan, American Fork and eventual champ Pleasant Grove battled it out in high-scoring contests in the semifinals.

Pleasant Grove and West Jordan went touchdown for touchdown until the last drive when the Vikings held on defense. Jordan didn’t have as difficult a time with its Cavemen opponents and took the game, putting up four touchdowns.

It was a much tighter game in the championship. Holding at 8-8 for most of the way, Jordan scored a late touchdown but failed to convert. The Vikings answered quickly to tie it and were successful on the one-point conversion to seal the win and secure their third Wasatch Mountain air championship. 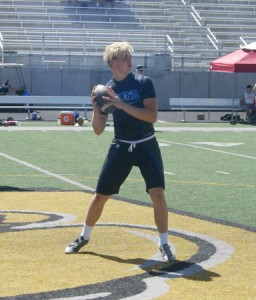 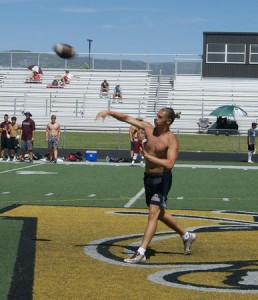 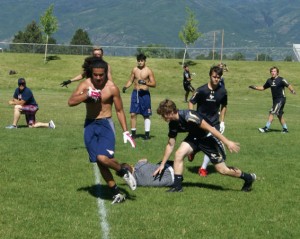 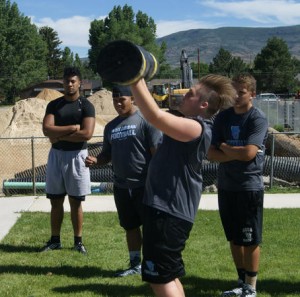 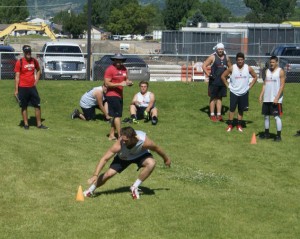 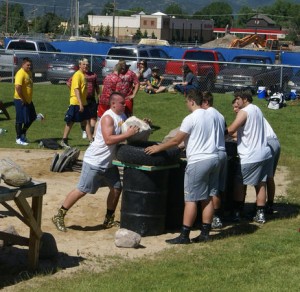