The Wasatch Wasp football team made history last Wednesday, clinching their first ever 5A Region title with an amazing comeback victory over Springville, defeating the Red Devils 22-19. The Wasps scored three unanswered touchdowns in the last 16 minutes of the game to shock Springville on their home field as they celebrated their senior night. The last time Wasatch captured a Region football title was 2007 and the Wasps were a 3A team. Head Coach Steve Coburn had this to say after the big win, “I’m very proud of our players and the resiliency they showed Wednesday. After a great comeback win over Springville there was a chance of at least sharing the region 8 championship title. Those were anxious minutes waiting for the Maple Mountain/Salem Hills game to end. When we were awarded the region trophy that night, it was the culmination of a lot of hard work by the players, coaches, and staff members. We are so excited for this team and what they have accomplished. It’s been thirteen years since the Wasps football program has won the region championship, while growing from 3A to 5A. Bringing this championship back to the Wasatch High School community is very rewarding.” 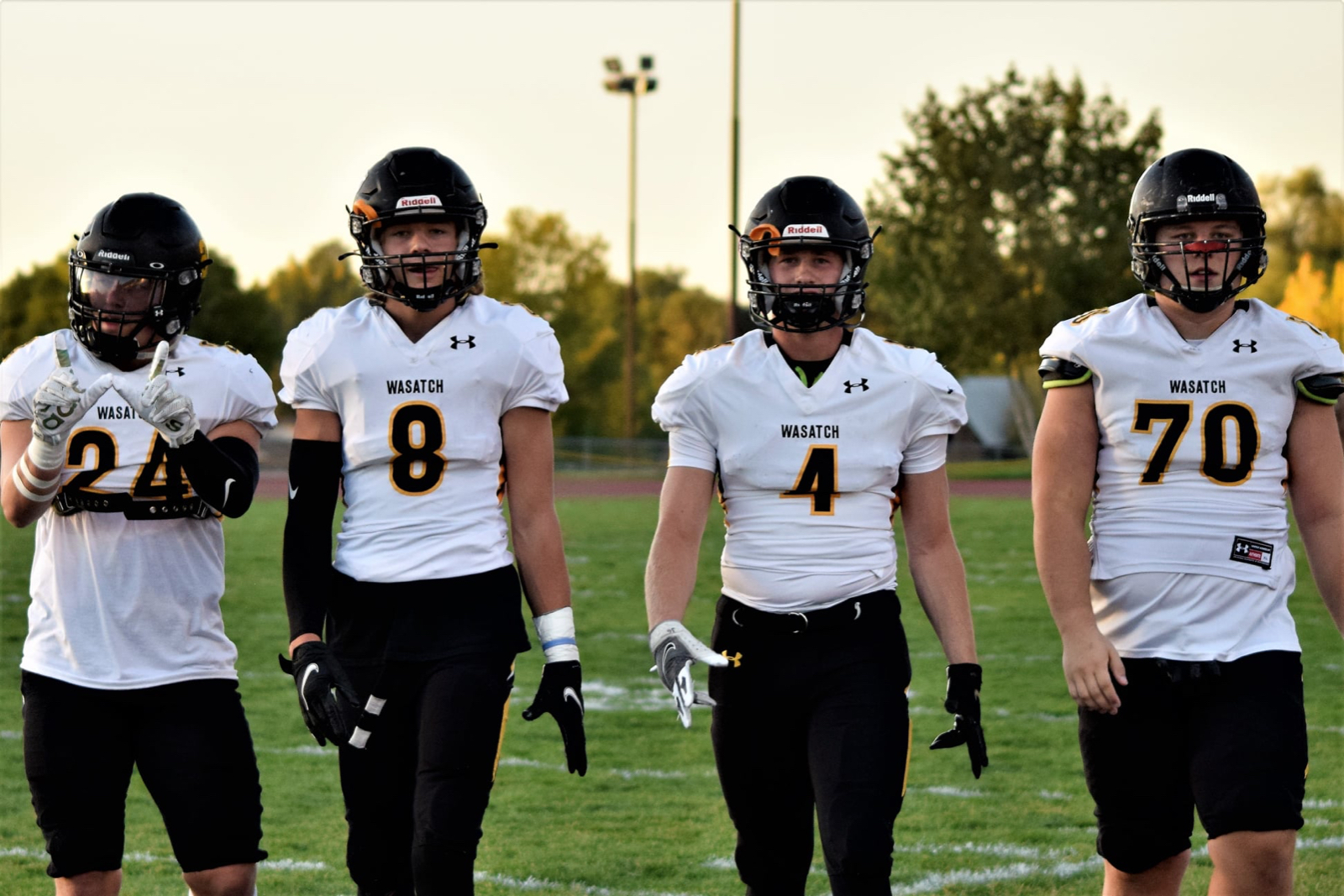 In the first half, Wasatch seemed to lack intensity and struggled offensively. The Wasps couldn’t find footing in their running game and the passing game was out of sync. Wasatch’s defense was prepared for the Devils’ predictable but powerful run game, but Springville had some first half success with short throws over the middle. Wasatch also struggled on special teams, with Springville scoring a safety on a Wasatch fourth down punt mishap. At halftime, Wasatch found themselves trailing 12 to 0, and an early third quarter touchdown for the Devils lengthened the lead to 19-0.

About midway through the third quarter, it seemed as though a switch had been flipped. Sparked by a couple of Adarius Edwards pass completions and some strong running by senior Parker North, Wasatch started rolling. With about three minutes left in the third quarter, the Wasps finally got on the scoreboard with a 12-yard pass from Edwards to an outstretched Jarinn Kalama. Kicker Ashton Southam added the extra point and Wasatch never looked back. A pair of interceptions by Kobe McPhie, several big catches for Jarinn Kalama along with an interception, a recharged offensive line, and tenacious defense led by Braxton Turner, Mason Hulme, Tyler Karl, Breken Bowen, and Scott Gabler all contributed to the comeback. Parker North ran for two touchdowns in the fourth quarter. Another Southam PAT and a pass from Edwards to Jake Gillman for a two-point conversion rounded out the Wasp scoring. As the clock ran down, Wasatch took a knee and the celebration began. Both Wasatch and Maple Mountain finished region play with only one loss, and since Wasatch defeated Maple Mountain in their head-to-head matchup earlier in the season, Wasatch claimed the title. 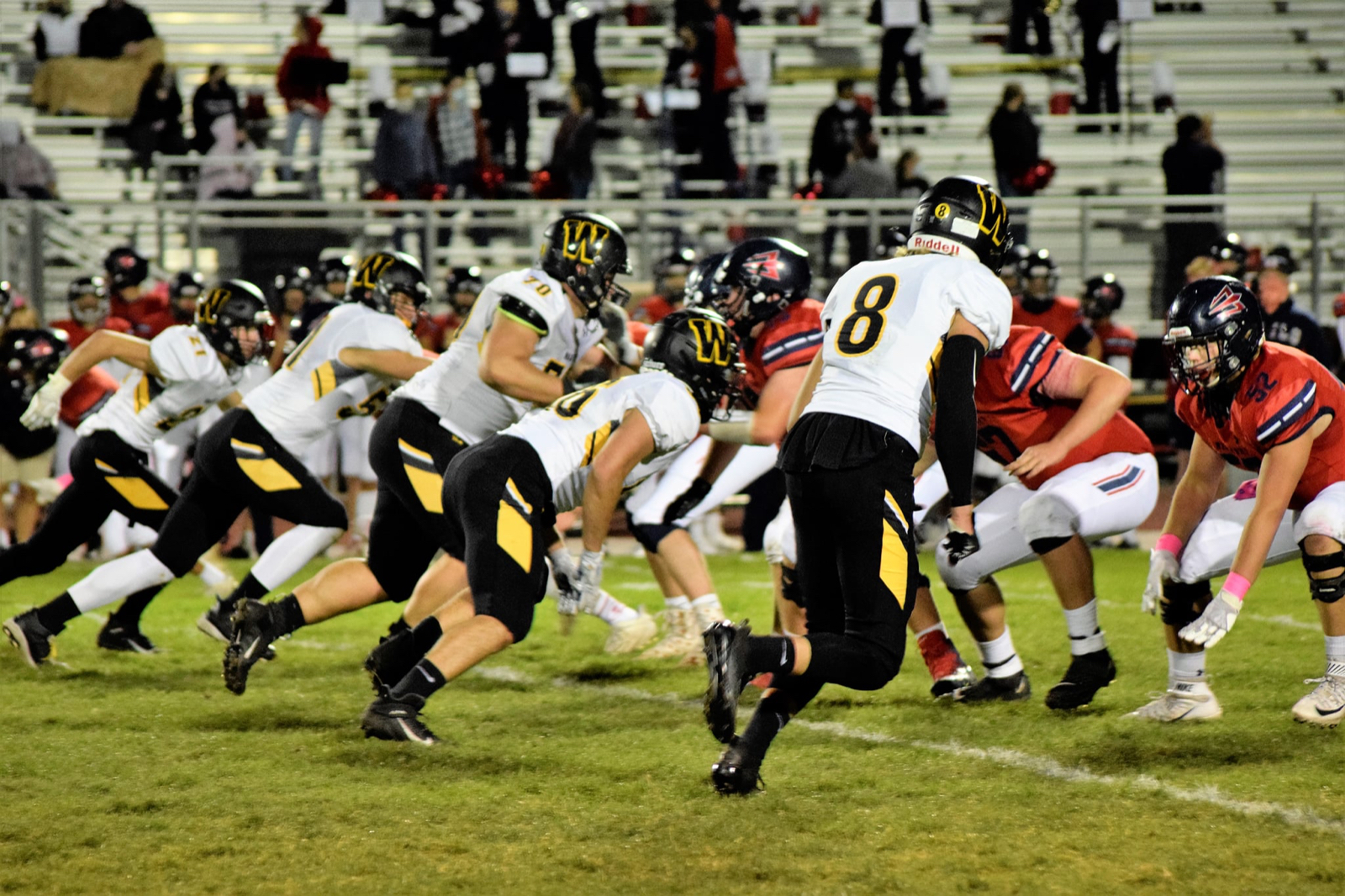 The final regular season RPI rankings and state playoff brackets were announced on Saturday. Wasatch finished at number five statewide in the 5A classification, which earned them a bye for the first round and home field advantage for the second. On Friday, October 30, at Wright-Tree Stadium, the Wasps will face the winner of number twelve ranked Lehi and Viewmont, who finished the season at number twenty-one. Coach Coburn will have his team well-rested and ready to play. “We are all excited about the state playoffs, and seeing how far this team can go,” stated Coburn. Check next week’s Wave for kickoff time and ticket information for the game on October 30. You can also watch the live stream on our own wasatchstingtv.com 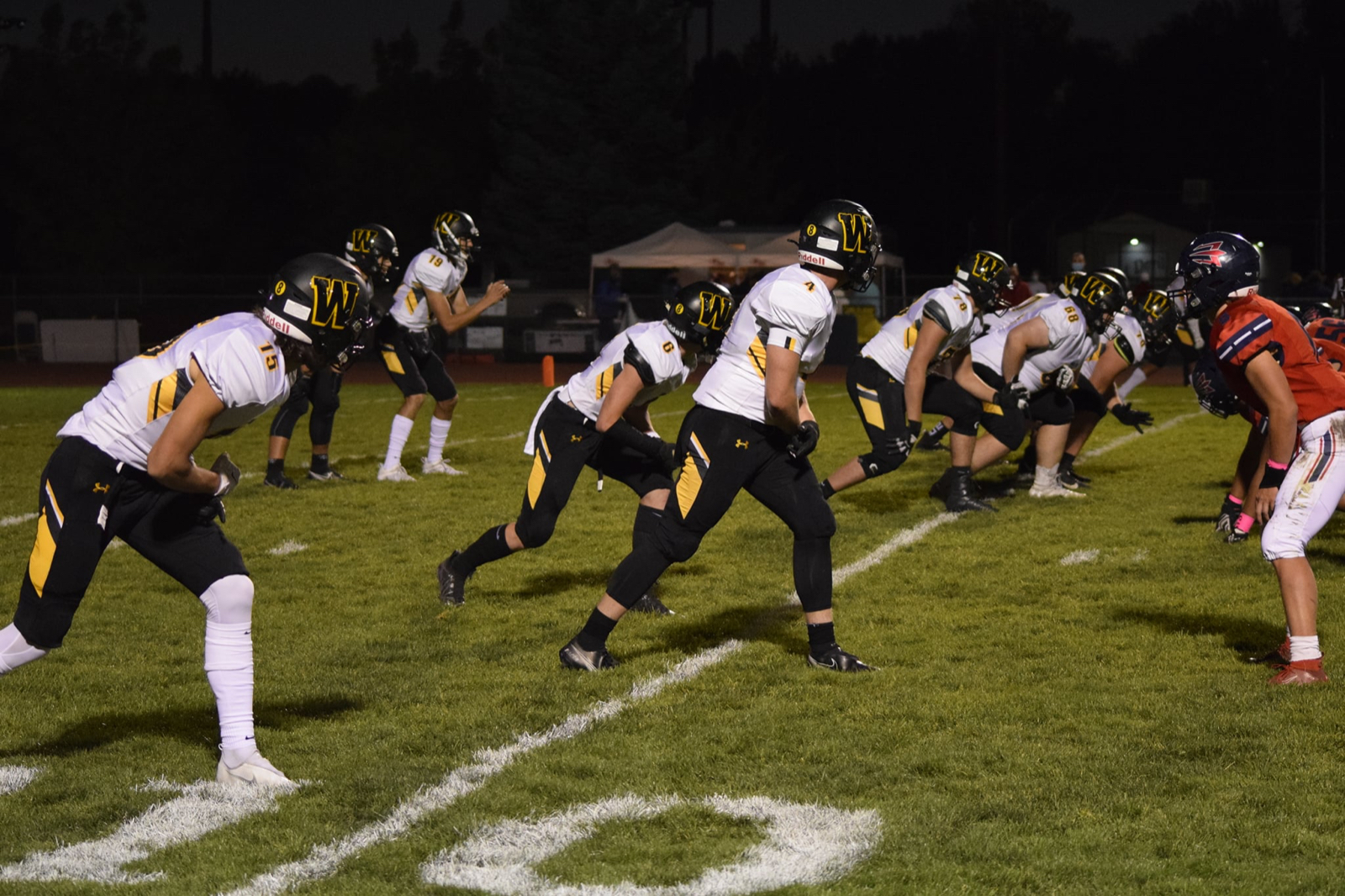