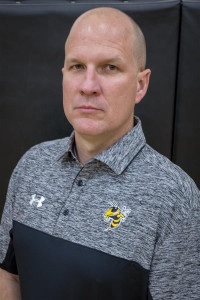 Coach Ballstaedt was born and raised in Midway, Utah.  From an early age he fell in love with sports.  He whole heartedly believed he would play NFL football for the Pittsburg Steelers until the 4th grade when the local youth basketball president allowed him to play basketball a year early and he got to play with the 5th graders.  That season he found his true passion in life…BASKETBALL.

Coach Ballstaedt played three years of Varsity basketball for Wasatch High School as a combo guard.  He earned All-Region awards two years and 2nd Team All-State his senior year.  Although he was recruited by several division 2 college programs he chose to serve an LDS mission and attend the University of Utah upon his return.  While in college he studied Sports Psychology and had the opportunity to help assist Coach Bill Farr for a season working with the Varsity team.  During this time he learned that his passion for basketball was more than just playing, he learned that he loved…COACHING.

Coach Ballstaedt has been successfully coaching at the club basketball level for the last 16 years. In 1996 he and his family moved back to Midway and he helped start the Wasatch Basketball Club. He has coached age groups ranging from 3rd grade to Varsity.

Coach Ballstaedt started a successful lodging business in Park City, Utah with his brother in 1999.  Their company continues to grow and be successful and has allowed him to spend a little more time on the court.  Coach Ballstaedt is married with four sons all of which love basketball.